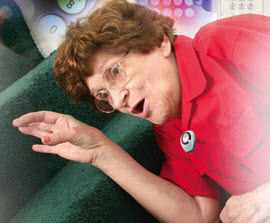 The Seniors Alert Scheme budget allocation has been significantly under-spent for the past four years, as reported by RTE.  According to official figures, government funding of €800,000 earmarked for the scheme in 2016 was not spent. The Seniors Alert Scheme which provides funding to cover the cost of socially monitored alarms is administered by semi-state body Pobal.

The figures quoted by RTE highlight that last year’s funding allocation for the scheme was €2.6m, but only €1.8m was spent.

However, according to Pobal’s 2016 Seniors Alert Scheme End of Year Monitoring Report, of the €1.8m that was spent, only 70% (€1.26m) went towards the cost of the personal alarm “equipment and installation”: less than 50% of the total government allocation for the Seniors Alert Scheme in 2016.

Of the €1.8m that was spent, only 70% (€1.26m) went towards the cost of the personal alarm equipment and installation.

Speaking on RTE’s “Morning Ireland” programme earlier today, Niall Garvey, Chief Executive of Muintir na Tíre, the national organisation promoting community development in Ireland, highlighted some potential reasons for the under-spend at a time when there is a heightened concern for the safety and security of older people. You can listen to the radio segment here. Mr Garvey said the under-spend could be related to the abolition of the government’s telephone landline allowance in early 2014. He added another reason might be “down to promotion and awareness” of the Seniors Alert Scheme.

According to Pobal’s Seniors Alert Scheme 2016 End of Year Monitoring Report, “Almost one in five queries received in the final three months of 2016 was about new applicants. This implies that there is still a large un-serviced population interested in receiving coverage. Further work is required to ensure that information about the scheme is available to eligible individuals and the groups administering the scheme locally”.