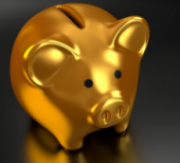 The Department of Rural and Community Development increased 2018 expenditure to Pobal for the Seniors Alert Scheme to nearly €7 million. Dormant Accounts Funding was also used, to meet “additional and exceptional demands of the Scheme”.

Since the transfer of the Scheme to Pobal in 2014, the annual Seniors Alert Scheme spend is divided between:

For instance, in 2017 department expenditure on the scheme was €2.7 million. According to Pobal’s 2017 Annual Report approximately 80% of the total government spend went to community organisations and suppliers (under €2.1 million). The percentage of the 2018 government expenditure allocated to community organisations and monitored alarm suppliers has not yet been disclosed.

The Dormant Accounts Action Plan 2018 states that €4.25 million from the Dormant Account Fund was allocated to Pobal for the Seniors Alert Scheme in 2018. Of that €4.25 million, it appears that €1.75 million was for expenditure in 2018, and the remaining €2.5 million was for 2019 expenditure. However, it is not apparent whether the €1.75m from 2018 has been included in the overall 2018 Seniors Alert Scheme spend figure of €6,984,000 recently confirmed by Minister Ring.

The Dormant Accounts Action Plan 2018 states that the Seniors Alert Scheme funding “will be used to meet the additional and exceptional demands of the Scheme, particularly the provision of free monitoring for participants of the Scheme, which is a feature of the new iteration of the Scheme.”

Pobal is also the sole service provider used by government for the Dormant Accounts Fund.

Further information on the Committee on Rural and Community Development: https://beta.oireachtas.ie/en/committees/32/rural-and-community-development/

The committee meeting including Seniors Alert Scheme discussions can be viewed in full at: https://beta.oireachtas.ie/en/committees/32/rural-and-community-development/videos/