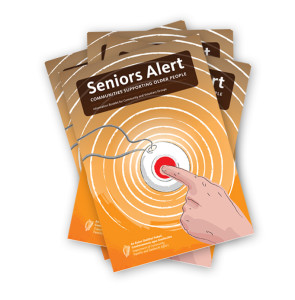 Following today’s announcement of the new Seniors Alert Scheme by Minister for Rural & Community Development, Michael Ring TD, here’s a roundup of changes to the existing scheme so far announced.

The main features of the new Seniors Alert Scheme include:

Pobal has not announced any changes to the requirement that applicants must be over 65 years old in order to be eligible for grant funding under the new Seniors Alert Scheme.

“Advanced Mobile Location (AML) works by automatically finding a phone’s GPS co-ordinates when a 112 or 999 number is dialled. The co-ordinates are immediately passed to the emergency services in responding and dispatching emergency personnel to callers in need across Ireland.”

From the details supplied, the Advanced Mobile Location device appears to be a standard GPS location tracker with emergency button.

These type of location trackers generally require a SIM-card and mobile phone contract in order to work, which could result in additional costs to older people under the new scheme.

It was not stated by Minister Ring when the Advanced Mobile Location devices would be made available. 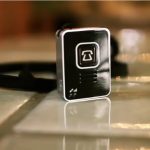 Minister Ring said: “This new technology that will have a major impact on people’s lives, particularly in rural areas. It will help if someone crashes or witnesses a crash on a remote rural road but does not know their location; or if someone gets lost or hurt while out walking or hiking. It will lead to quicker response times and potentially save lives.”

How much will the over-65’s have to pay?

Standard home based monitored alarms will be free under the new scheme to those who meet the eligibility criteria.

As noted above, monitoring will now also be free for the first year.

However, it has not been disclosed whether an additional payment for SIM card contracts will have to be paid for separately by the over-65’s, when there is no landline in the home (Editors note: SIM card contracts are generally required for GSM/non-landline devices to work where there is no household landline phone connection).

Other costs which may also be payable by the over-65’s under the new scheme (e.g. for the new ‘Advanced Mobile Location’ devices) have not yet been confirmed that we know of, though RTE earlier today stated:

“The scheme is means tested and for those who are eligible, the device is free and monitoring will also be free for the first year.  After that it costs €65 a year for people with landline telephones and €185 a year for people exclusively dependent on mobile phones. A third option, called Lifeline Connect, which is for people who do not have suitable phone connections and which uses a SIM Card, has been introduced with an annual monitoring charge of €65 a year.”

RTE have since updated the page which now states the scheme “is means tested and for those who are eligible, the device is free and monitoring will also be free for the first year. It has in the past cost €65 a year for people with landline telephones.”

Therefore, although the earlier statement from RTE may be an indication of what people might expect to pay for the various mobile (non-landline) options under the new scheme, this has not been not confirmed that we know of, either by Minister Ring or by Pobal.

More details are due to be released on the new Seniors Alert Scheme next week and Telecare.ie will provide further updates on the changes as they become available.