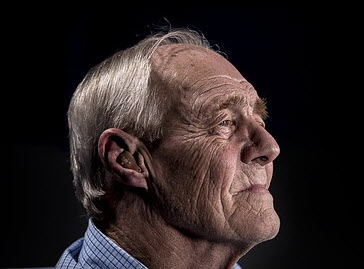 Can exercise potentially delay symptoms of Alzheimer’s Disease (AD) even for those already diagnosed? Recent evidence from Exercise Physiologist, Gregory Panza, and his team in the Department of Cardiology at Hartford Hospital in Connecticut suggests it could.

The researchers investigated the effects of exercise interventions on cognitive function in older adults who were at risk or diagnosed with Alzheimer’s Disease, by analyzing 19 previous studies examining the effects of exercise in at-risk seniors. Overall, the analysis included 1,145 older adults, most of whom were in their mid-to late 70s. Of the participants, 65 percent were at risk for Alzheimer’s Disease and 35 percent had been diagnosed with the disease.

Among older adults who are at risk for or who have Alzheimer’s Disease, aerobic exercise may be more effective than other types of exercise in preserving the ability to think and make decisions

The authors concluded, “Our findings suggest that exercise training may delay the decline in cognitive function that occurs in individuals who are at risk of or have AD, with aerobic exercise possibly having the most favorable effect.” However the team conceded that additional randomized controlled clinical trials that include objective measurements of cognitive function, are now needed to confirm the findings.

The study also confirmed the World Health Organisation’s (WHO) guidelines for physical activity were backed up by the evidence they examined, indicating that moderate-intensity exercise training performed approximately 3 days per week for approximately 45 minutes per session results in better cognitive function.